My main target as a teacher for this coming year builds upon the work I have done previously on using Taxonomies of Errors (ToEs) which you can read about in an earlier post on this blogsite. Although they are fantastic tools for sharing with students the common mistakes made by the whole class (to compliment the individual feedback given through my marking), these taxonomies do not of themselves cause students to make improvements to their practice.

So, my target is to use DIRTy activities (Dedicated Improvement & Reflection Time for the uninitiated) in conjunction with my ToEs in order to ensure that the hours I spend on assessing an evaluating students' work are actually worth it. This post is my reflection on the first of my DIRTy ToEs lessons, with my Y12 Sociology class. 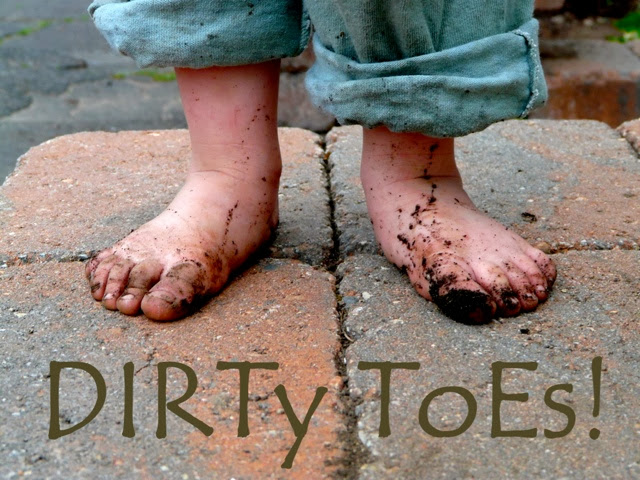 The essay I had marked was one that I had asked them to do at home in timed conditions about the strengths and limitations of official statistics as a method for sociological research.

In this follow-up lesson I wanted them to take the findings from an interview they had conducted with a family member on mortality rates and learn from their previous 'methods question' errors (individually and as a class) and act upon this learning. Having given them a whole period to feedback in groups and as a whole class about their positive and negative experiences of the interview process, comparing these experiences to the recognised strengths and limitations of the methodology, I then have them back their marked essays.

When I mark essays at A-Level I scrawl my immediate thoughts on the essays as I read them, but then type up my overall impressions of strengths and areas for improvement on Fronter. I do this so that my comments are un-loseable and to enable the students to look at the comments I have made over time to see if any comments recur again and again. As this was their first formal feedback I printed these off and attached them to the essays. Here's what one of them looks like for Student A. 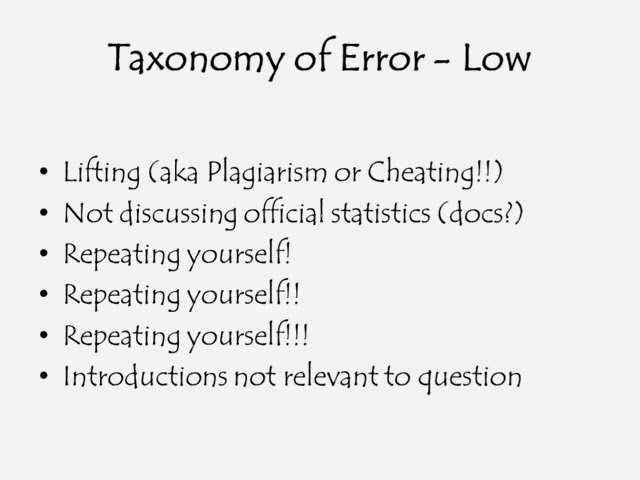 At the lower level the issue of 'lifting' came about because I asked them to complete their essays at home and, being new AS students, they were more than reliant on the textbook. It's a problem that needs nipping in the bud, and the taxonomy approach helps greatly with this. 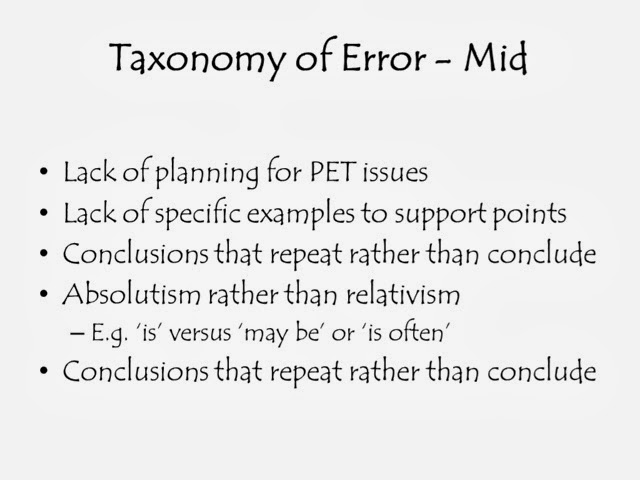 At the mid-level, where most students found themselves, there is a greater array of errors. At this stage in the year, however, I am always keen to address the issue of wasted words (hence the point about repetitive conclusions) and the lack of examples to support points. 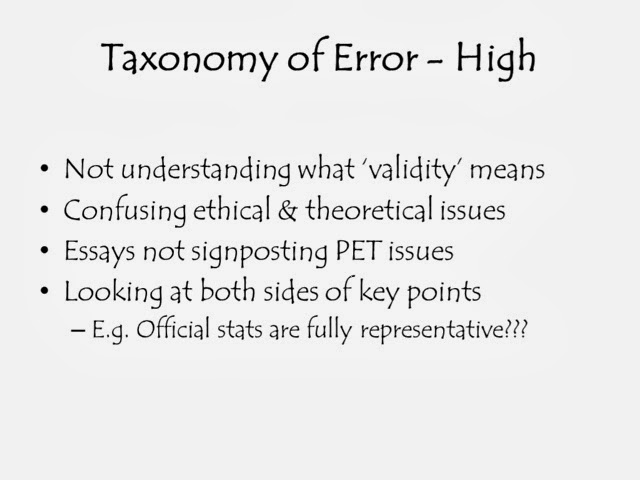 At the high level I was keen to stress the need to develop their understanding of 'validity' as a key theoretical construct for the subject, as it lags behind their understanding of 'reliability' and 'representativeness'. The other key point I wanted to focus on was students not accepting a supposed methodological strength or weakness without evaluating it or challenging it. 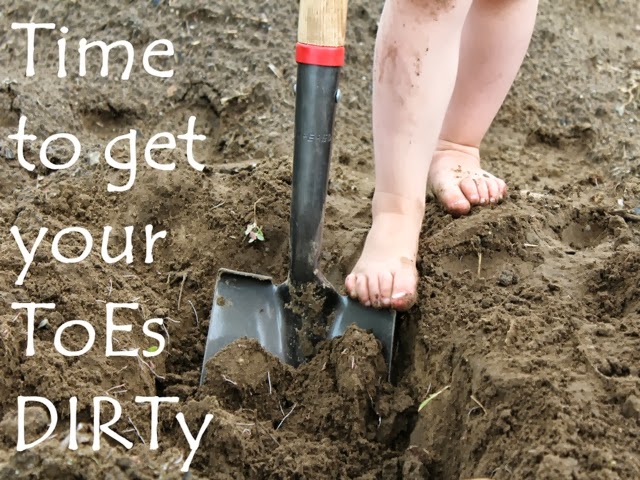 The next step was to set them DIRTy activities that asked them to 'put right' an error from the class taxonomy that also featured on their individual feedback sheet. For those students who over-relied on the textbook the task was to rewrite a section in their own words. The students at mid or high levels of errors were given a little more choice to reflect the greater variety of errors that were made.

The tasks they were given were: 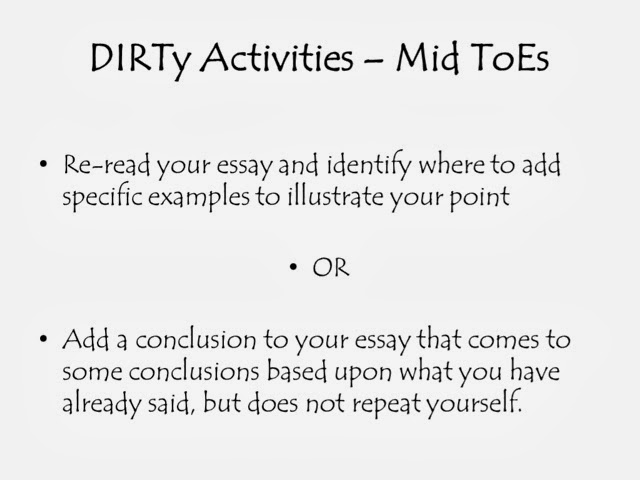 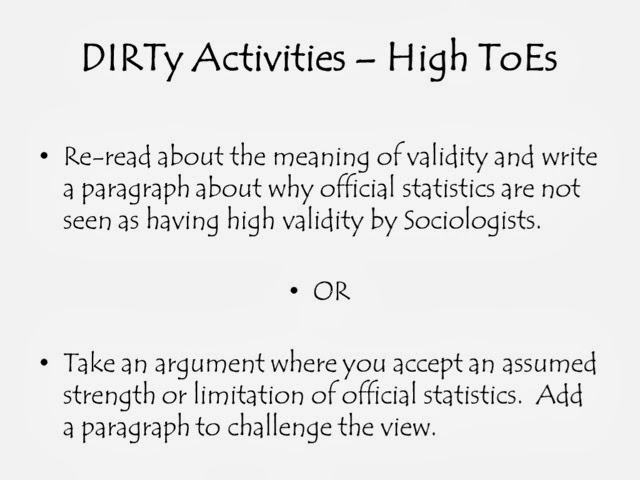 Student A (whose feedback was shown earlier) chose to add a section on 'validity' from the higher DIRTy ToEs tasks. Her improvements looked like this:

All well and good. Not perfect but an improvement on what had gone before.

Where the lesson really worked was in the main task that followed the DIRTy ToEs activity. 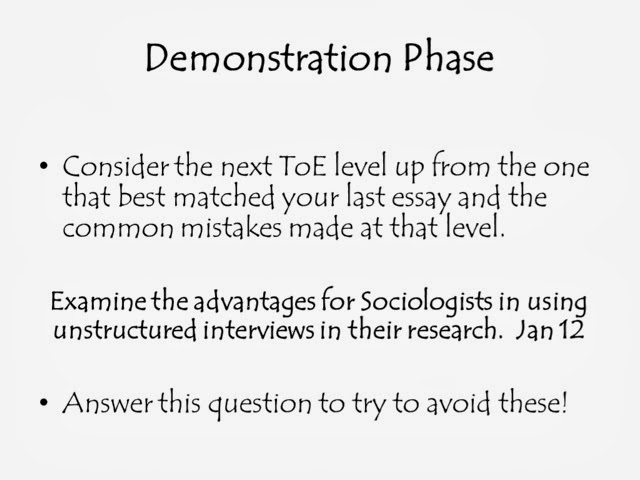 In this activity, students were asked to go beyond the mistakes that they had already made and aim to skip the mistakes that those who had achieved more highly than them had made. If you want to strive for rapid progress, then this is the way to go!!!  Because Student A was already at the top of the taxonomy (do I need an even higher category for the highest level mistakes that haven't yet been made?) she had another stab at the validity issue and provided something much more coherent than even the DIRTy ToEs task. 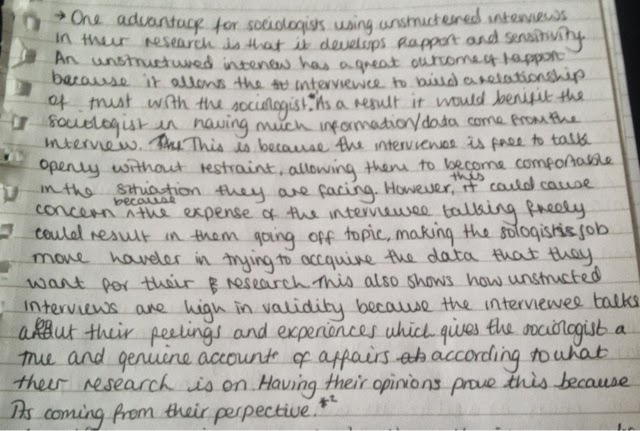 But Student A wasn't the only one to really improve the quality of her work in this lesson. Student B had made the mistake of copying chunks from the textbook, as this shows. 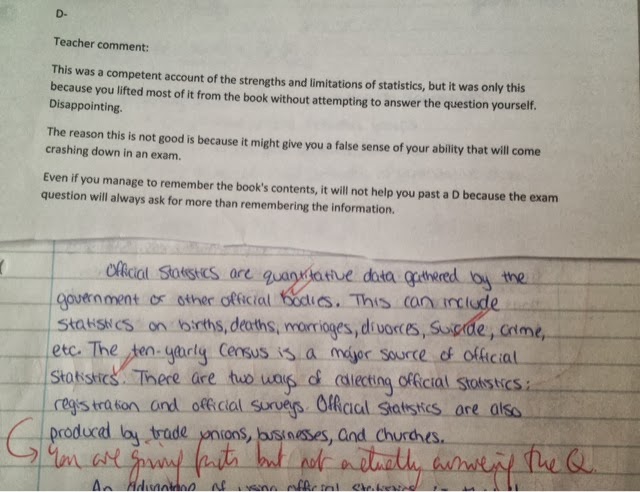 She was required, by the DIRTy ToEs activity to take this section of her initial essay and rewrite it into her own words. This is what she produced. 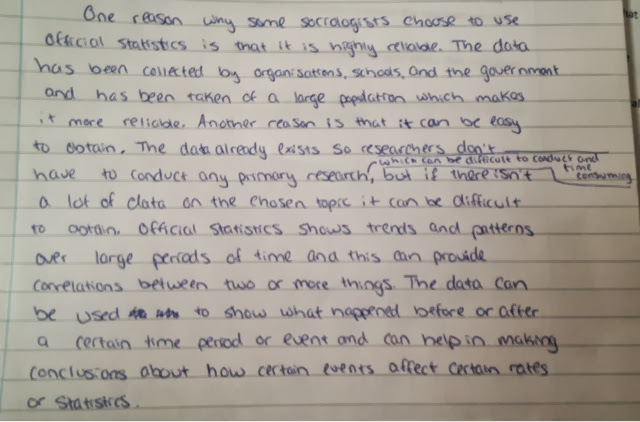 Much better!  And note the further addition of a sentence, showing evidence of evaluation and improvement. For her new essay Student B decided to focus on the following targets from the Mid-Level ToE.

The section below shows how she managed to address the second of these targets. Notice the use of the qualifier 'can' used more than once in this paragraph.

A third student, Student C, was halfway between A and B in her original essay, and her errors were at the mid-level of the ToE. 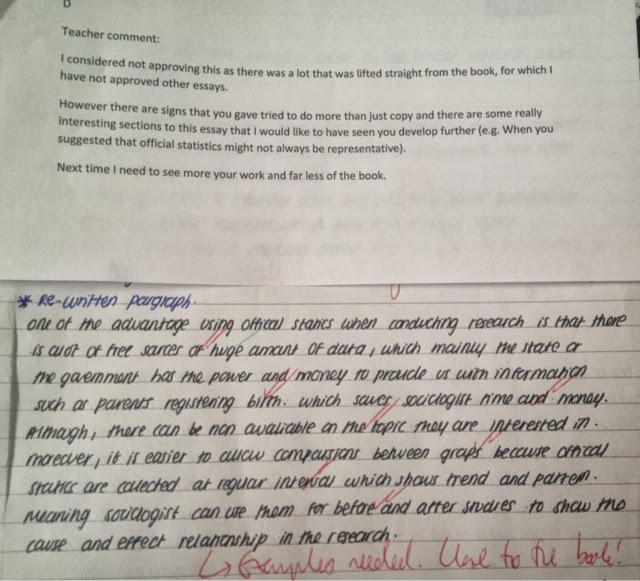 As you can see from my marking in the picture above, one of the things that she needed to focus on in order to move closer to a C grade was to add specific examples of official statistic datasets to illustrate her general points about the method.  She responded wonderfully well to this in the DIRTy ToEs activity.

As with Student B, C elected to retain the addition of examples from the mid-level ToE, as well as adding targets from the high-level ToE.

She never managed to explore the term validity as she hoped, preferring instead to consolidate on her use of examples.

This isn't a problem. When I feed back to her next time I will remind her of the unmet target and before then I shall be addressing the whole class's understanding of validity as a key issue that needs to be addressed. Remember that this post-DIRTy ToEs activity was about aiming to avoid mistakes that others above them had made: very much a stretch activity. The fact that she has addressed a significant issue for her and then consolidated it in a second piece of writing is good enough for me.

Conclusion: Next steps on DIRTy ToEs
The addition of DIRTy activities to my already well-established Taxonomy of Errors technique has helped my teaching a great deal.

Without the DIRT, my ToEs would simply be lists of what did and didn't work with a hopeful assumption that students follow up on these in their own time.  Without the ToEs, my DIRTy activities would be undifferentiated and decontextualised from the needs of the students.

I shall be continuing to get my ToEs DIRTy in the coming months because the learning that was done this lesson, and the consequent improvement made by students, was exceptional. It took almost all of a triple period to get the students to that point, though, and I don't want to have to invest that amount of time in the future, so keeping it regular is going to be a key challenge for me. But I am also aware that repetition is a double-edged sword and, because of this, I want to look to vary the DIRTy activities as much as possible and even look to see how I can modify the ToEs too.

I'll let you know how I get on.