The Real Wizardry of Effective CPD

At the Cramlington Learning Festival yesterday @kbrechin put up a slide showing the cast of The Wizard of Oz not dissimilar to the one below. 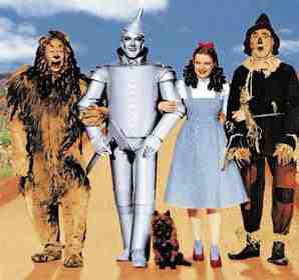 When he then started off by saying that some teachers approached continuous professional development (CPD) were a bit like the Cowardly Lion, scared of change, I have to confess to feeling worried for him. My brain was screaming at me "Please don't say that some are brainless" and "Heaven help him if he says some have no heart", but thankfully Ken trod safer paths. He pointed out that the scarecrowlike teachers in our schools are the ones that have forgotten their sense of engagement in professional learning, whilst the tinmanesque teachers are those that have grown rusty and somewhat frozen in terms of their teaching skills over time. My concerned inner voice relaxed and let out an almost-audible "phew".

And then my mind suddenly made connections (relational learning for the SOLOphiles among you) to @alatalite's keynote presentation in which he showed a photo of a school that had written its School Improvement Plan as an interactive collage in which the steps to improvement were the paving slabs of the yellow brick road. In the same image Sir Michael Wilshaw was represented as the Wicked Witch of the West (well he certainly can't be accused of watering down the intensity of Ofsted, I suppose). Maybe the theme for Cramlington's 12th Festival ought to be 'Over the Rainbow' if they are going to synchronise their metaphors so carefully!! I can just imagine @mlovatt1 as Glinda the Good (maybe I shouldn't be admitting to that but at least it's Extended Abstract). 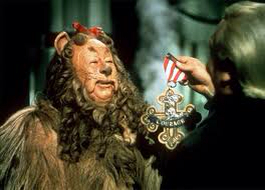 Anyway, the use of these three archetypes of CPD-resistant or CPD-phobic got me thinking about what our core purpose in staff development is. In what ways do we go beyond the pigeon-holing of teachers as scared, forgetful or rusted learners? I didn't have to wait too long to hear a familiar refrain from some members of the audience about how we need to ease out those who are not committed to the school direction of travel, by fair means (ie those that invoke national legislation) or foul (ie those that involve a kind of alienation to encourage departure). Don't get me wrong, this wasn't an evil conspiracy between rampant technocratic SMTs - Cramlington isn't really the kind of place for that sort of thing - just more a lazy, unchecked creeping managerialism that has somehow found its way into the profession and to the modern world generally.

The impulsive, reactionary part of me was internally screaming out again "Is this how we would treat the children in our schools? Is this how we think human beings should be treated? Is this how we think learning works?" but I didn't. Instead I rather more calmly-than-I-felt suggested that maybe we need to think more about how we make the fearful feel safe, how we make the forgetful feel re-inspired and how we make the rusty and frozen feel reanimated and lubricated by the CPD we offer them. This intervention went down far better than I had expected and some very nice things were said that flattered my ego and gave me that warm glow.

But now I have a niggling feeling that my intervention was too trite, too soundbitey and too fuzzy. After all we don't give out hearts, brains or courage like trinkets as the Wizard of Oz does in the film. It isn't that easy. I'm not even sure that it is desirable that it be that easy. And it assumes that CPD leaders in schools are Wizards and, as the film showed, that was all just a case of smoke and mirrors. 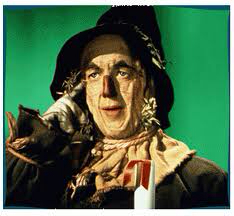 But, and it is a big but, what the film also showed is that the trinkets given were merely symbols of the qualities that the Lion, Scarecrow and Tinman wanted to have and that the giving of them stimulated the courage, cleverness and feelingness of the recipients THAT HAD ALWAYS BEEN THERE IN THE FIRST PLACE.

I've argued, in my very first and most personally important post on this blog, that we need to move from a deficit model of schooling to a surplus one and nowhere ought this be more relevant than in terms of staff development given the much-repeated assertion that quality of teachers and teaching are the most important prerequisites of student and school success. We can't keep looking out at the teachers who attend INSET sessions expecting them all to be Dorothies with no major shortcomings and in need simply of being pointed in the right direction home to some mythical Kansas of the perfect classroom. God help us all if we have schools full of simpering, perfection-seeking, professionals who think that tapping their heels together (in the form of adopting uncritically techniques like SOLO) three times will make everything in their classrooms perfect. I'm not even convinced that there isn't a bit of all four archetypes within us all to a greater or lesser degree, and while I might feel Dorothy-like at the moment, I can feel my Lion-ish worries lurking somewhere near to the surface. 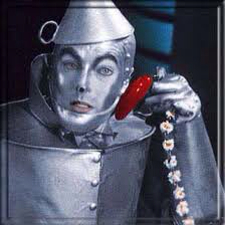 Instead we should accept that almost every person that enters teaching does so for the right reasons: to see children learn, understand, grow and succeed in school and beyond school. Really effective CPD in schools needs to be about blending the strengths of each person within an overarching school ethos, not pitting the strengths of some against the limitations of others. Dorothy would, after all, have never got to Oz without the Lion, Scarecrow and Tinman.

And this is the challenge for the Pedagogy Leaders at Canons High School in the coming year: How to build on your amazing INSET day (and it was clearly amazing for almost all staff) in a way that is inclusive and respectful of the talents of each of your colleagues. Cramlington has shown you one way of doing so. Learn from it but don't be a slave to it. Canons can be as good one day.