I'm a big fan of slow learning and have been since I worked at a school where the default lesson length was 100 minutes. That experienced changed my teaching irrevocably and for the better. Instead of rapid-fire lessons of fifty minutes with fragmented and fragmenting activities within it that were posited on the notion of children in need of managing and incapable of processing tasks over extended periods of time in order to demonstrate 'progress', I have been convinced that slow learning activities based on interdependent group work need to be based on the belief that students need learning that is deep. In other words, SID Learning (don't worry, I have no intention of using this acronym after this post and there is no book on the way).

It would appear that I am not the only one with a love of SID Learning either. Ofsted are with me all the way. Check out these quotes from the 'Moving English Forward' document published earlier this year.

"While pace is important teachers too often concentrate on the pace of their planned activities rather than the pace of learning."

"This is often counterproductive, as activities are changed so often that pupils do not complete tasks and learning is not consolidated or extended."

"A constant criticism from inspectors was that pupils rarely had extended periods to read, write or discuss issues in class."

"Pupils need time to complete something before they can valuably discuss and evaluate it."

So here is the first of two posts outlining two recent three-hour lessons in which I used Slow, Interdependent, Deep Learning activities to allow students to fully explore sociological theory and empirical evidence in two different collaborative settings. Our topic at the moment is 'Demographic Trends in the United Kingdom' which is probably the least oomphy part of the whole A-Level, introduced a few years ago with very little obvious coherent link to the Family & Households topic. It is also heavily data-driven and so can end up lending itself to didactic forms of teaching, which just isn't my thing. So here's how I've tried to slow it down and make it interdependent in order to generate deep understanding of the core strands of birth rates versus life expectancy (natural change) and immigration versus emigration (migration) and the causes and effects of these social phenomena. 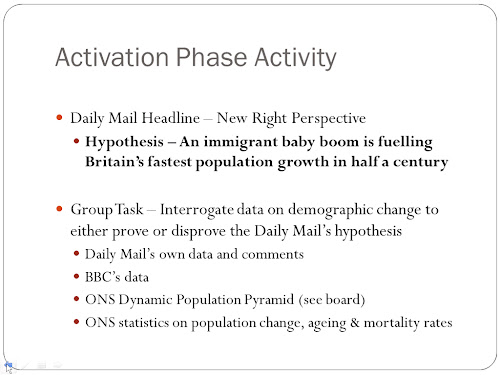 The first SID Learning lesson was about helping students see the relationship between these four dimensions of demographic change and how they are portrayed from a specific sociological perspective (The Daily Mail's New Right stance). It was also about them using Karl Popper's positivistic and deductive approach to sociological methodology, whereby they had to take an established hypothesis and look to the falsification principle in order to disprove it. A good blend of skills and content learning, all of which was to be done without any formal teaching of either. A true lazy lesson in theory, although not the reality of classroom interaction. I started the lesson by asking them to identify the different elements of the hypothesis that they would be looking to disprove, which they agreed were "Britain's fastest population growth in half a century", "an immigrant baby boom" and finally the emotive term "fuelling" which we deconstructed by relating the the impact of having (or not having) fuel in a car. Having done this I let them select their working groups for the task - I normally use teacher-selected home groups, but many students were away for Diwali celebrations - and asked them to do what they had to do with a wide range of data I had given them, the most important of which was the Mail's own figures. 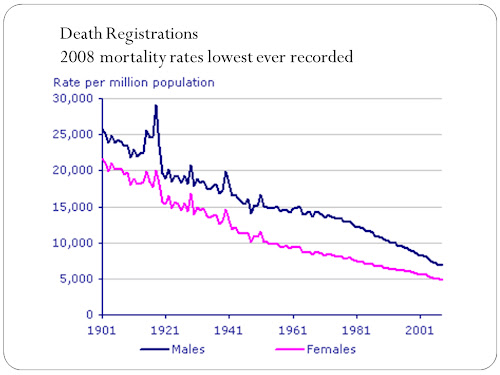 I also gave them a bundle of data related to other possible reasons to explain the hypothetical population growth other than a baby boom. I drew most of these from the Office for National Statistics 'Social Trends' publications that can be easily found with a Google search. I can't imagine why any teacher of Sociology, Politics, Economics or other social science would ever think of constructing a course without reference to this beautifully rich source of information. It is a truly wonderful, and annually updating, source of evidence and therefore teaching inspiration. 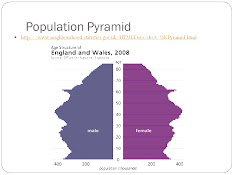 The one other resource I provided for them was an interactive Population Pyramid that I set onto loop on the interactive whiteboard, showing the changing shape of the British population. I showed them how they could come and use the mouse to roll over the relevant sections to see each age group over time as a proportion of the whole population, and left them in control of it for the remainder of the lesson. It is an exceptional resource and can be found at http://www.neighbourhood.statistics.gov.uk. 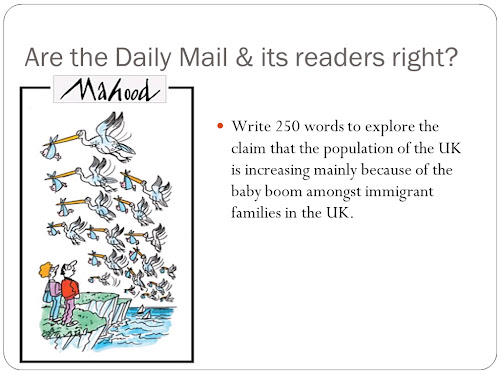 At the end of the time students had to have produced, and be ready to present or read, a report about their findings (the methods exam is not till June, hence the lack of more detailed evaluation of methodology). I was keen that all aspects of the task be done collaboratively as I am seeking this year to find the right balance between building students independence from each other and their necessary dependence upon their peers in the learning process: the interdependence of the SID Learning mockronym.

The result of the activity was phenomenal. Without any guidance from me, other than in the selection of the materials presented to them, the groups were each able to identify that there had been a notable expansion in the population of the United Kingdom (they didn't agree if it was the biggest in half a century). They were also able to identify, with minimal support (I had told them that I would only answer their questions about data with a 'yes' or a 'no' in order to get them to think more carefully about what they asked), that there had been a relative baby boom amongst first generation immigrant mothers.

But it was the troublesome word "fuelling" that most challenged them (and so it should) and led them to evaluate the reasons behind the choice of the word for editorial, political and social reasons. Two groups understood that there was something not quite right with the word, but it was in the presentation of the final group that they finally understood, because they had used their mathematical skills to work out that the "immigrant baby boom" only accounted for five percent of the total population growth. They then used the other information that they had to correctly hypothesise that it was more likely to be reduced mortality rates amongst the elderly that was most likely to have "fuelled" population growth. This led us on to a discussion of the impact of an ageing population on the economy and upon political structures, as well as upon the families and households of the UK: in short, my next lesson with them.

But it wasn't ever about the product, however wonderful it may be when students find their way to an excellent outcome. It was the process of students interacting with complex data in order to investigate a highly controversial hypothesis about a potentially troubling social phenomena whilst drawing in their existing theoretical knowledge and understanding that made this lesson a great example of the power of Slow Learning, Interdependent Learning and Deep Learning.

Posted with Blogsy
Posted by Unknown at 14:05